We are a unique partnership of investment talent and best-in-class commercial scientists
whose technologies are today valued in excess of $100BN combined. 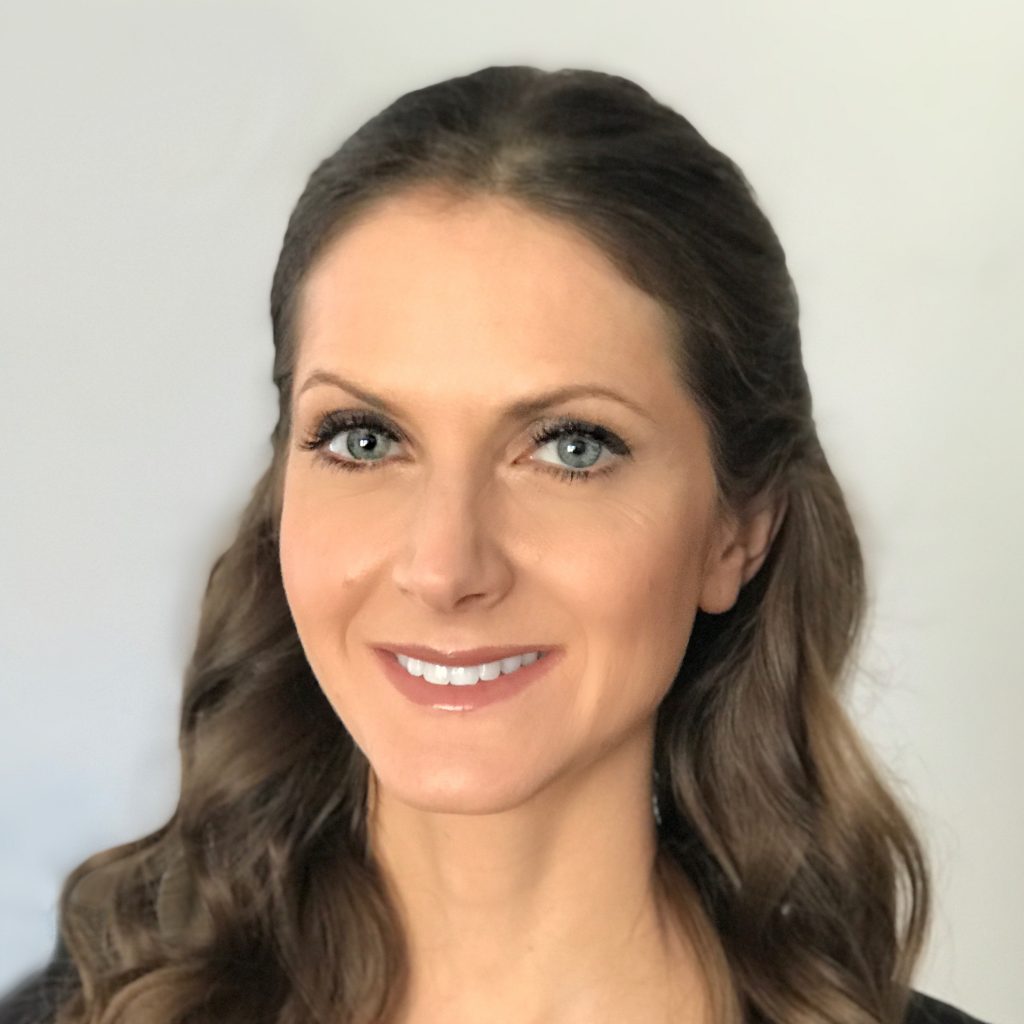 Alice has over a decade of investing experience, including at TPG Capital (leading global private equity firm with >$70BN AUM) and Lansdowne Partners (leading investment firm with >$15BN AUM). Her predominant investing focus has been in tech and disruptive healthcare.

Alice holds a Double First-Class degree in Mathematics, and Master’s in Mathematics/Physics from the University of Cambridge. She was a Fulbright Scholar and a Baker Scholar at Harvard Business School. 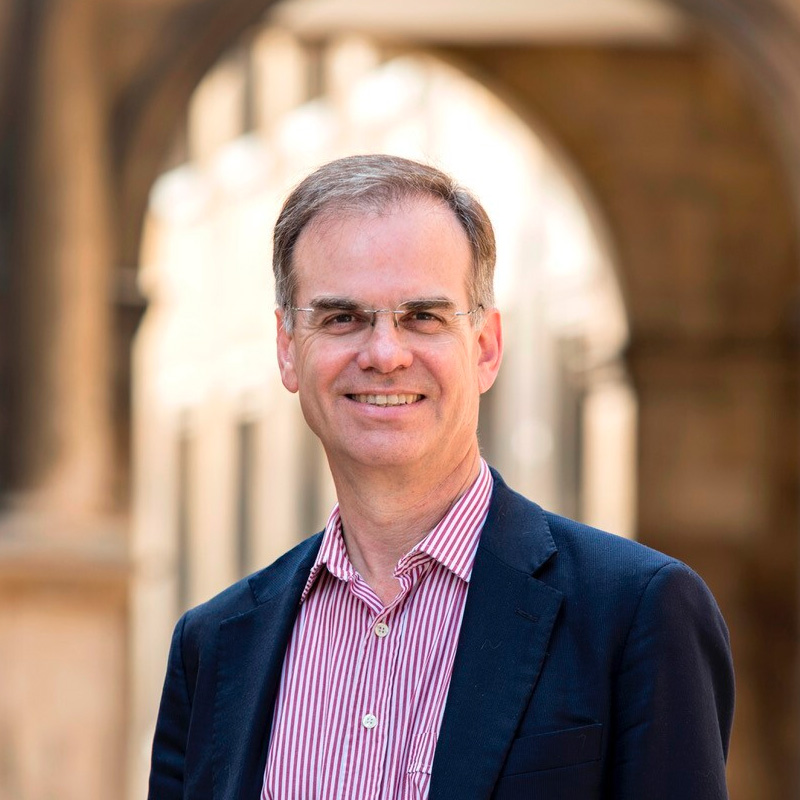 Andy is a CERN leader and Head of the Cavendish Laboratory (Physics Department) at the University of Cambridge.

Andy is a Professor of High Energy Physics at the University of Cambridge and Head of the Physics Department. He is an expert in high energy physics, extraspace dimensions, quantum-sized black holes and supersymmetry, with over 500 publications to his name. He is a founder of the ATLAS experiment for the Large Hadron Collider and has commercially developed silicon detectors, fast electronics, large software systems and pattern recognition, and he has pioneered computational radiotherapy and artificial photosynthesis. Andy’s awards include the Pilkington Prize for excellence. 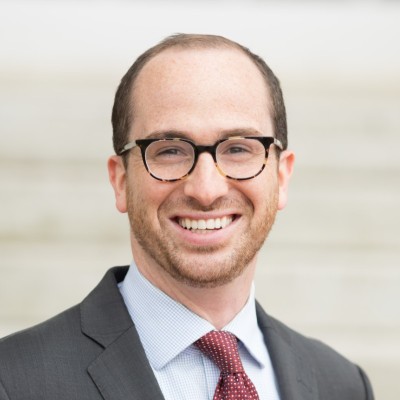 Clifford joined Ahren from Innosight and Harvard Business School where he was Chief of Staff to Clayton Christensen, named the world’s leading business management thinker. Clifford worked to enhance the impact of Disruptive Innovation theory across sectors including healthcare and education, and aided the publication of Professor Christensen’s latest book: “The Prosperity Paradox: How Innovation Can Lift Nations Out of Poverty”. Clifford has advised several highly successful venture backed start-ups, and was previously a CPU Design Engineer in the semiconductor industry. He has authored articles published by Harvard Business Review and the Christensen Institute.

Clifford holds a BSc in Electrical Engineering from Brigham Young University, where he was a Gordon B. Hinckley Presidential Scholar, and an MBA from Harvard Business School. 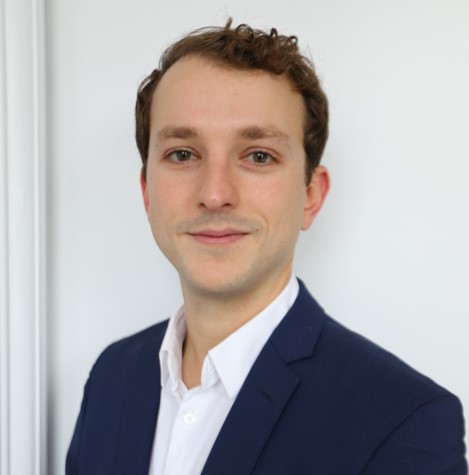 David joined Ahren from MTech Capital where he was an investor in early stage FinTech start-ups. Prior to that, David was a management consultant with McKinsey & Company where he advised clients in the aviation and pharmaceutical industries on strategic projects. Before McKinsey, David was a flight and ground test engineer at Airbus.

David holds a B.S. degree in Mechanical Engineering and Materials Science from Duke University. At Duke, David focused his studies in aerospace engineering and conducted research on the aeroelasticity of folding wings.

David is Co-President of Clayton Dubilier & Rice, where he has worked for 23 years and is a member of the Investment Committee. Based in London, he is responsible for the Firm’s European business. He is personally responsible for investments in B&M Retail, BCA, Belron, BUT, Kalle Group, Mauser Group, Motor Fuel Group, and Westbury Street Holdings, and played a key role in many others. Previously, David worked in the private equity and investment banking divisions of Morgan Stanley.

David holds a BA in Economics from Amherst College and is a graduate of Harvard Business School. 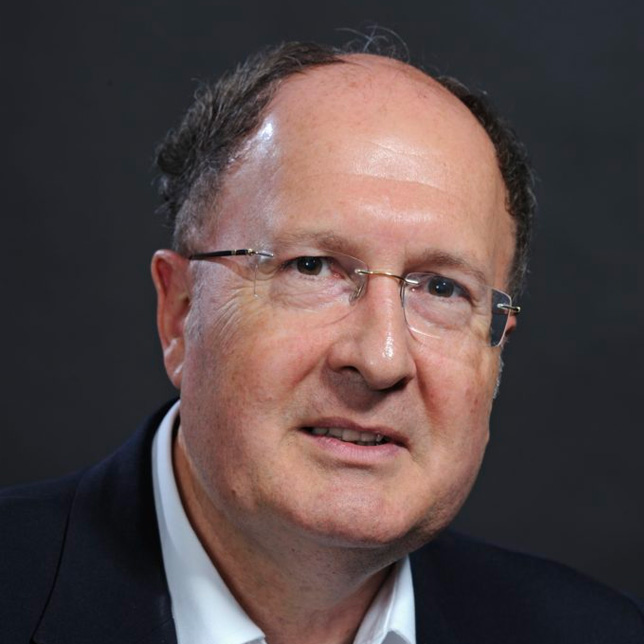 Sir Gregory is a Nobel Laureate, inventor of the technology leading to Humira (c.$20BN revenue in 2018, the world’s greatest grossing drug) and founder of three companies. He is a former Master of Trinity College, University of Cambridge.

Sir Gregory is the inventor of the technology that led to Humira (Adalimumab), the first fully human antibody blockbuster and the best-selling drug worldwide. He was awarded the 2018 Nobel Prize for his pioneering work in using phage display for the directed evolution of antibodies, with the aim of producing new therapeutics. Sir Gregory’s development of technologies for making pharmaceutical antibodies by genetic engineering have led to many of the world’s top-selling pharmaceutical treatments for cancer and immune disorders, also including the “humanised” antibodies Herceptin (for treatment of breast cancer) and Lucentis (for treatment of wet acute macular degeneration). In order to see his technologies applied, Sir Gregory founded several successful start-up companies.

Sir Gregory was knighted for his services to Molecular Biology in 2004 and his other awards include a Royal Medal in 2011 and the Nobel Prize for Chemistry in 2018. Sir Gregory is a Fellow of the Royal Society. 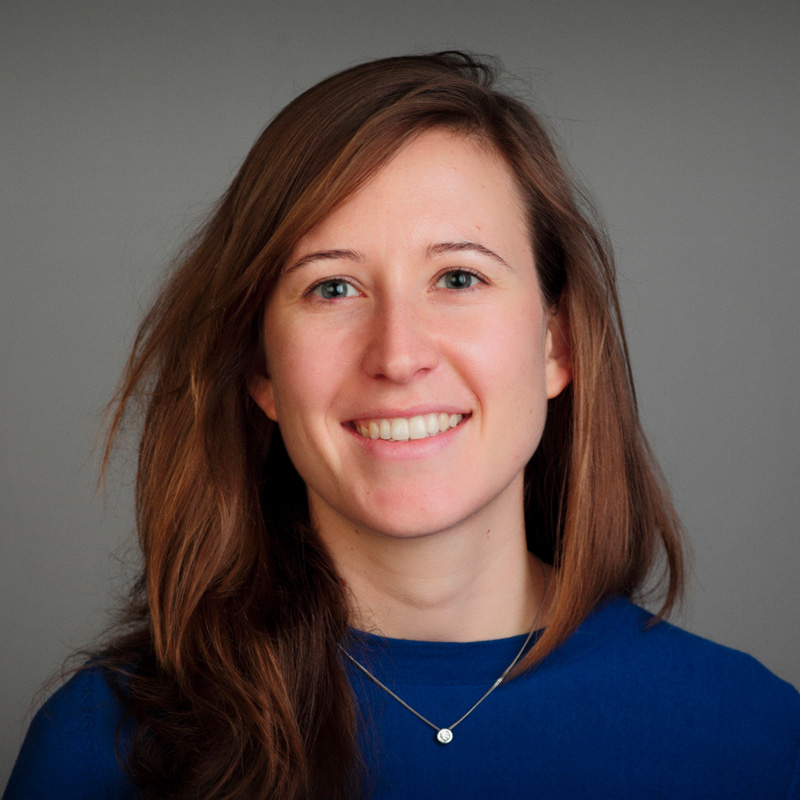 Joanna joined Ahren from the Boston Consulting Group (BCG), where she worked on strategic projects across a range of industries including healthcare, insurance and the public sector.

Joanna holds a PhD in fetal immunology, focusing on childhood leukaemia, and a First-Class Master’s and undergraduate degree from the University of Oxford. 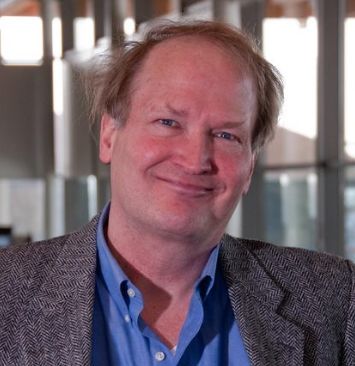 John is a Professor of Computer Vision and Pattern Recognition at the University of Cambridge and inventor of IRIS (eye) recognition technology used to register 1.5BN citizens worldwide.

John’s areas of expertise include computer vision, information theory, neuro computing and statistical pattern recognition. He was appointed OBE in 1999. His awards include the Information Technology Award and Medal of the British Computer Society, the “Time 100” Innovators Award and he has been inducted into the US National Inventors Hall of Fame. He is a Fellow of the Royal Academy of Engineering, the US National Academy of Inventors, the Institute of Mathematics and its Applications, the International Association for Pattern Recognition and the British Computer Society. 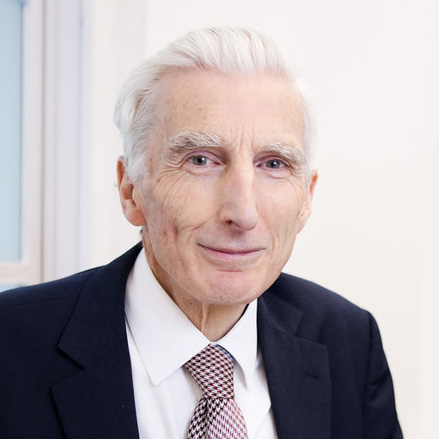 Lord Martin Rees is a world-leading cosmologist and astrophysicist. He has been Astronomer Royal since 1995 and was Master of Trinity College, Cambridge from 2004 to 2012 and President of the Royal Society between 2005 and 2010.

Lord Rees is the author of more than 500 research papers, and he has made important contributions to the origin of cosmic microwave background radiation, as well as to galaxy clustering and formation. His studies of the distribution of quasars led to final disproof of Steady State theory. In addition to his scientific interests, Lord Rees has written and spoken extensively about the interfaces between science, ethics and politics. He is a member of the Board of the Institute for Advanced Study in Princeton, the Oxford Martin School and the Gates Cambridge Trust. He co-founded the Centre for the Study of Existential Risk and serves on the Scientific Advisory Board for the Future of Life Institute. 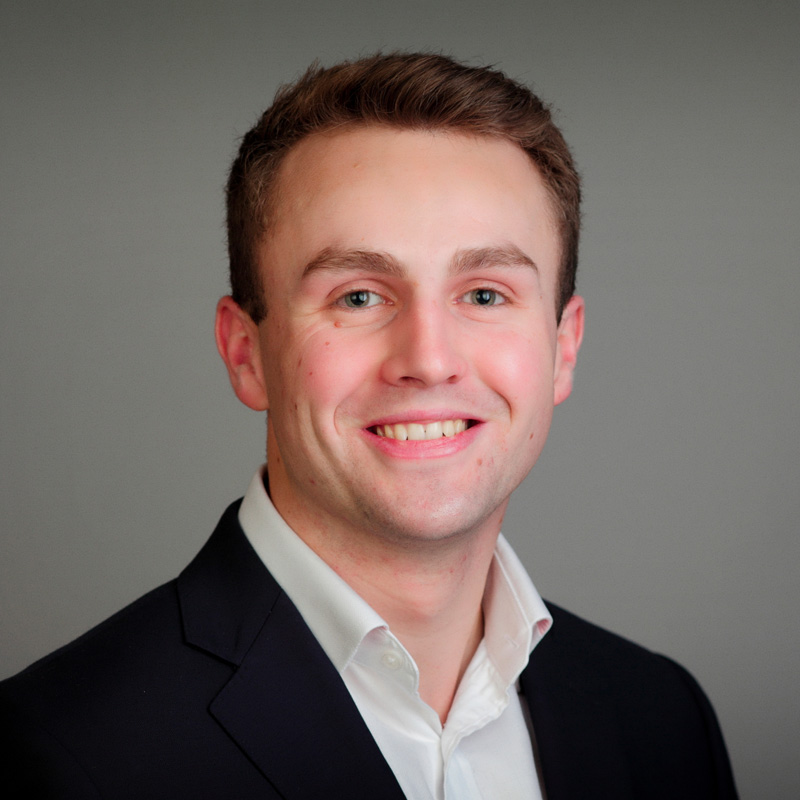 Oliver holds a First-Class undergraduate degree in Biochemistry from the University of Exeter. 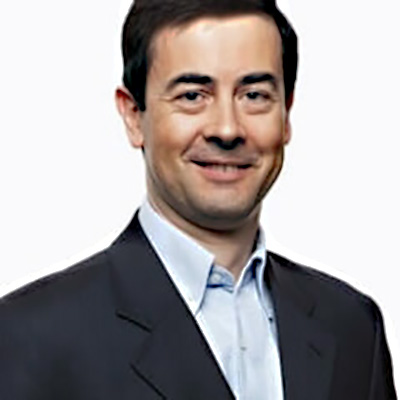 Peter has over 25 years’ of investing experience, investing in and sitting on the boards of high growth businesses.

He was General Partner at Advent Venture Partners managing funds totalling £400m invested in technology and life sciences companies. He has invested in both early stage and growth stage businesses, and in a range of different sectors including software, internet, communications, and digital media. Prior to Advent, he worked for six years in the technology team at Permira. He spent his early career as a consultant with PWC and as a software developer working on MRI scanners.

Peter holds a BSc in Physics from Imperial College, London and an MBA from INSEAD. He is bilingual in French. 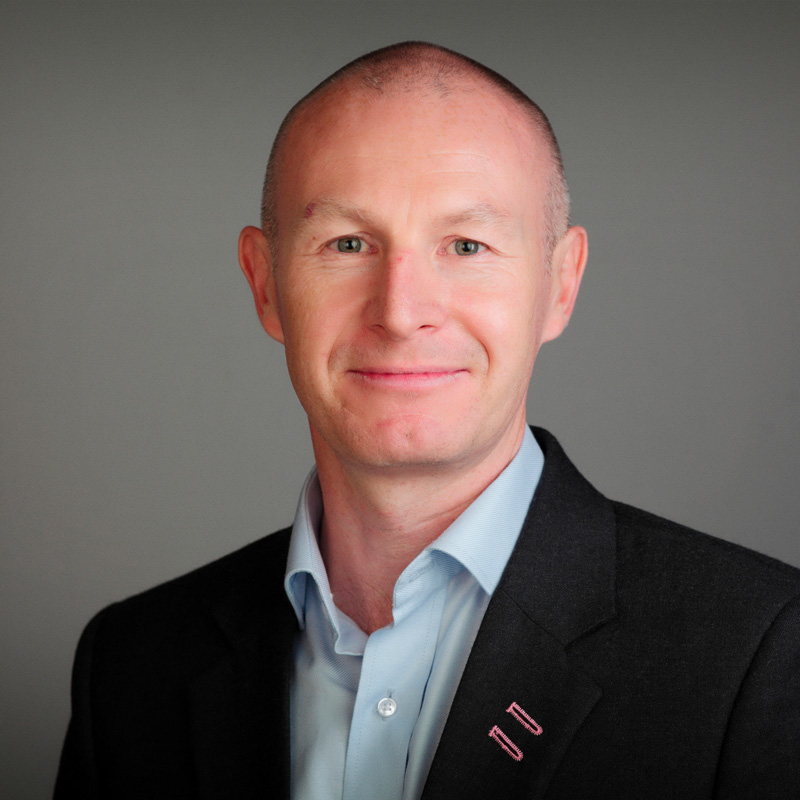 Robert has over 25 years of experience in the financial services sector, offshore and onshore, covering all aspects of accountancy including private practice, auditing, investment banking and investment management.

Robert joined Ahren as full-time CFO after 7 years as CFO at ERIM LLP, a boutique investment management firm. Robert is a Fellow of the Association of Chartered Certified Accountants, having qualified in 1996. 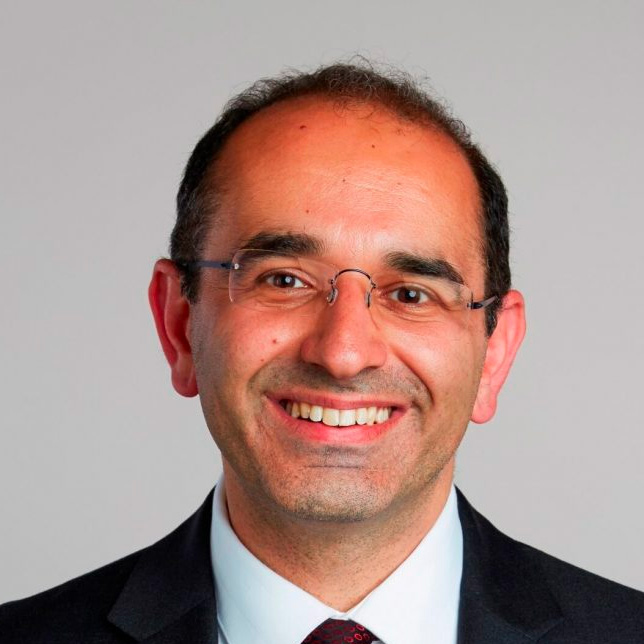 Zoubin is a world leader in machine learning and was co-founder of Geometric Intelligence, sold to Uber in December 2016. Zoubin became Chief Scientist and Vice President for Artificial Intelligence at Uber, where he ran its AI labs until September 2020. Zoubin has since joined the leadership team of Google Brain.

In addition, Zoubin is a Professor of Information Engineering and leader of the Machine Learning Group at the University of Cambridge. He was a founding Director of the Alan Turing Institute, the UK’s national institute for data science and a Director of the Leverhulme Centre for the Future of Intelligence. He was named in 2016 as one of the Top Ten Most Influential Scholars in Machine Learning. He has served as advisor to Microsoft, VocalIQ (acquired by Apple) and several other companies. He is a Fellow of the Royal Society. 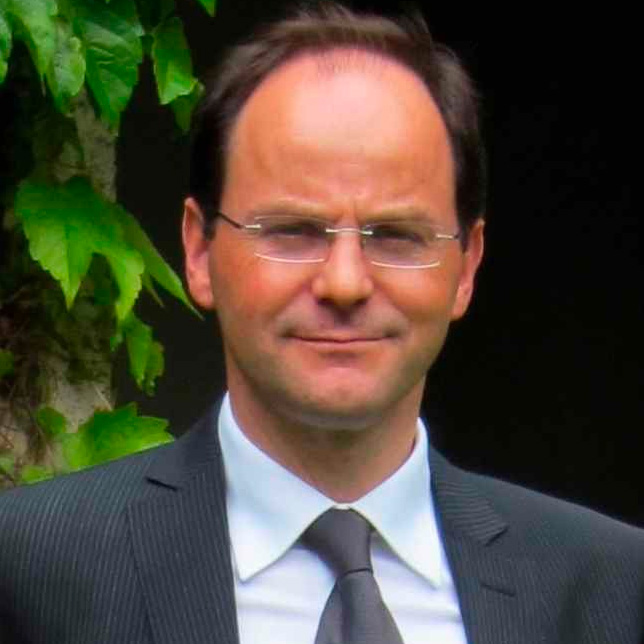 Roberto is a Professor of Information Engineering at the University of Cambridge with expertise in computer vision and robotics. He has helped support several successful start-ups.

Roberto’s domains of expertise include the recovery of motion and 3D shape of visible surfaces from image sequences; object detection and recognition; novel man-machine interfaces using hand, face and body gestures; real-time visual tracking for localisation and robot guidance; applications of computer vision in mobile phones, visual inspection and image-retrieval and video search. He has authored 2 books, edited 12 volumes and co-authored more than 400 papers. Several of his students have spun out highly successful start-ups. 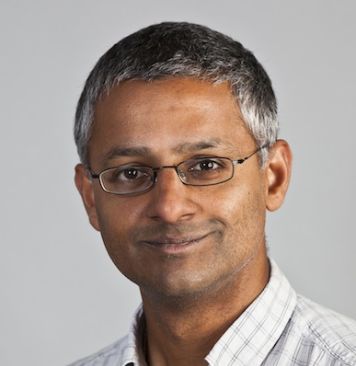 Sir Shankar is Founder of two companies and the principal inventor of the leading next generation human genome sequencing technology core to all Illumina sequencing platforms, estimated to be worth >$30BN.

Sir Shankar’s technology has made routine, accurate, low-cost sequencing of human genomes a reality, has revolutionised biology and accelerated the development of genomic personalised medicine.

Sir Shankar is the Herchel Smith Professor of Medicinal Chemistry at the University of Cambridge and Senior Group Leader at the Cancer Research UK Cambridge Institute. His awards include the Royal Medal (2018), the RoyalSociety Mullard Award (2009), The BBSRC Innovator of the year (2010) and the Tetrahedron Prize (2013). He is a Fellow of the Royal Society, the Academy of Medical Sciences and a member of EMBO.

Steve is the Originator of Olaparib/Lynparza, recently partnered by AstraZeneca with Merck and valued as an asset at up to $17BN, and used to treat 30,000 patients worldwide to date.

Steve is the University of Cambridge Frederick James Quick and Cancer Research UK Professor of Biology. He is also Head of Cancer Research UK Laboratories at the Wellcome Trust/Cancer Research UK Gurdon Institute. He is a leading expert in the field of DNA repair and DNA-damage signalling and invented Lynparza, the world’s first marketed DNA-repair enzyme inhibitor, an effective treatment of breast and other cancers.

Steve’s awards include the Heineken Prize for Science by the Royal Netherlands Academy of Arts and Science in 2016 and the UK GSN Medal for his contributions to the field of genome stability. He is a fellow of the Royal Society. 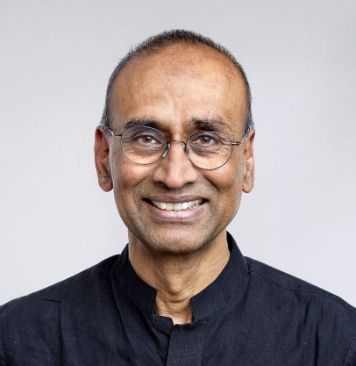 Sir Venki is a Nobel Laureate and President of the Royal Society, the UK’s premier science body.

Sir Venki received the 2009 Nobel Prize in Chemistry for his work that led to solving the atomic structure of the ribosome and has also worked on histone and chromatin structures, which help us to understand how DNA is organised in cells.

Sir Venki is a Group Leader at the MRC Laboratory of Molecular Biology in Cambridge. He was knighted in 2012 and his further awards include the Heatley Medal of the British Biochemical Society. He is a Member of the US National Academy of Sciences, Leopoldina and EMBO, and a Foreign Member of the Indian National Science Academy.