I Will be Counted, A Tribute to Clay Christensen 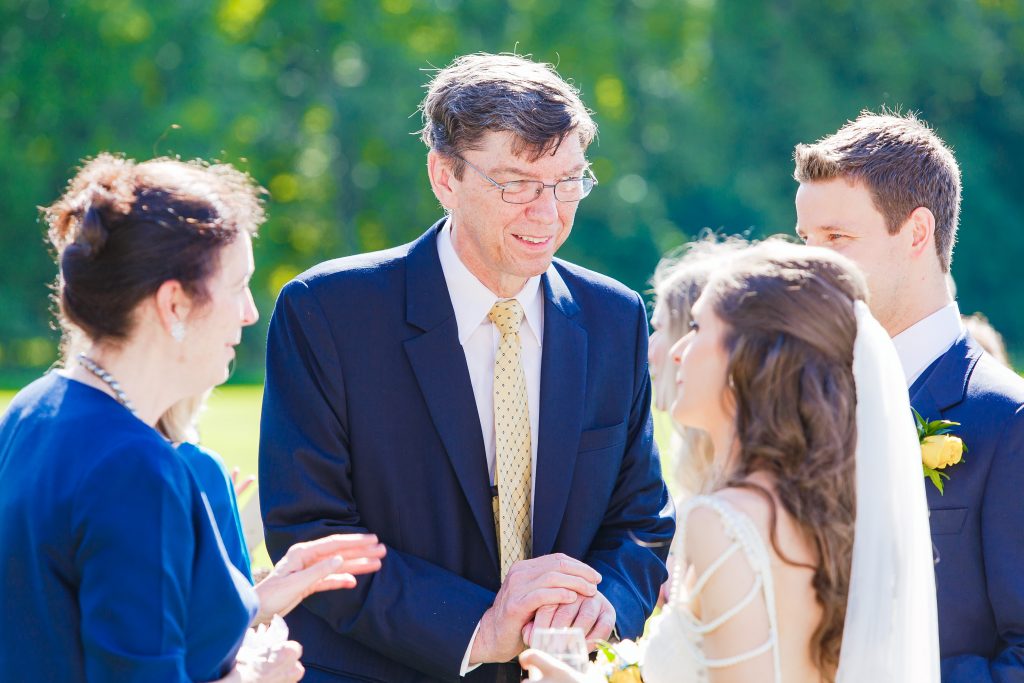 When I arrived back for my second year at HBS in 2012, I wrote an email to Clay, explaining that it was succeeding in the ballot to achieve my first choice of second year course, his ‘Building and Sustaining a Successful Enterprise’, (“BSSE”), that had made me look forward to returning to HBS*. However, I continued in my email, I had decided to drop out of his class…before it started. I felt the least I could do was to apologise and explain I didn’t feel I was in a position to do it, or him, justice. Most professors would understandably not have responded; one or two might have written a perfunctory “thanks for letting me know and good luck”. Instead, I received an email from his assistant asking me to attend Clay’s office at 7.30 the next morning. I was terrified: ashamed that I would have to explain myself to someone rightly angry that I had squandered a place that 899 other students would have dreamed of.

Instead, in that meeting, Clay was the kindest, most gentle and wise spirit I had experienced for over a decade. We had a deep conversation and he was immensely generous with his time. Needless to say, by the end, I had committed to attending his class.

From that moment, my experience of HBS and life in general was transformed. Clay lifted me up at every opportunity. I remember exchanging stories with Clay about how he used to let his kids believe they were helping him with jobs around the house, when in reality it was him doing the work; in the same way as I told him my parents had let me ‘help’ them mow the lawn and ‘contribute’ to countless other things I was simply making take longer than they needed. I knew Clay was doing this for me in our BSSE classes, in the same vein as he often said he felt lucky he could learn so much from his students. All he must have been learning was how unconditional support and inspiration of his students could foster in them the desire to contribute to the world something greater than themselves.

I didn’t have anyone coming for my graduation ceremony in Summer that year and kept quiet about it. Somehow, Clay found out and insisted that I join his own family’s celebration at his home that evening. This gives me the opportunity to mention Clay’s wife, Christine, who by then I had met a few times and who truly does need mention. Christine is intelligent, perceptive, kind and strong as a rock; she has dedicated her own life to supporting Clay and deserves immense acknowledgement for it. I hope this will not be forgotten.

After HBS, Clay invited me to stay to work with him and develop his theories. I knew what an honour that was, but I was desperate to get home to the UK. I sometimes wonder if that will be one of my life’s bigger regrets. But for the second time, Clay did not give up on me.

We kept in closer touch than I knew I deserved. His time was incredibly precious and I never worked out how Clay managed to gracefully connect with the myriad people who reached out to him. In 2016, Clay and Christine flew to Cambridge, in the UK, and Clay spoke at my wedding. The day before the wedding, we had invited friends who had travelled to walk with us to Grantchester meadows for tea, well over a two hour walk, by the route we took. Clay arrived with a walking stick and only after quite some distance through the walk, admitted to me that he could not actually feel his feet, a side effect of some recent treatment he had had. Imparting lessons and words of wisdom to me about his own youth, about secrets to a joyful marriage, strong family and well-lived life, he acted as if I was the only thing that mattered, despite the discomfort and pain he must have been in.

A year later, he asked me to be one of his six global ‘Knights’: according to him, the best brains he had identified, to carry his theories forward. Again (to date), I have very far from done this honour the justice it deserved, feeling too overwhelmed with my own life to commit to flying frequently to Boston. But for the third time, he didn’t give up on me. He told me “You can say ‘yes’ today, or tomorrow, or in one year, or ten years. You will always be welcome.” He kept calling me one of his Knights.

In 2018, at our five year HBS reunion, I didn’t attend the section parties. I came to see Clay. I told him about Ahren and what I was trying to achieve; he said he thought it was a great idea and that he would be honoured to be an advisor and named as such; both of us knowing that this meant I would be standing on the shoulder of a Giant of particularly great stature. I found out more recently that in the background, Clay was telling everyone who reached out to him that I was the most brilliant of the 15,000 students he had taught in over 20 years. Almost certainly untrue, this was simply yet another measure of his kindness.

When we left, Christine and Clay told me they loved me, that they were proud of me and that he was glad that I was applying my brain to carry on intelligent work and develop theories.

At Ahren, I have finally found my own path, that (has the potential to, if done justice) combine(s) our skills with our values. We apply Clay’s thought processes and theories every day: both to identify companies that truly display the hallmarks of disruptive innovation, in the real, Clayton Christensen, sense of the term; and then to help them and their founders develop and soar. One thing I know: for Clay and Christine Christensen to have been proud of me, I must do things worthy of them, and support others to do the same. I am now searching deeply for the strength to make that a reality, and hope that others will join me. If you have an idea of how we can do more and do justice to Clay and would like to contribute, please feel free to reach out.

Late November 2019, Christine wrote to me that they felt they had been blessed – which says it all. Clay made me feel I was most special person in the world and that I had useful things to say and useful things to contribute to mankind. Countless others will say the same; and that is the whole point. Millions of people in the world are grieving Clay’s loss in a very personal way: he truly touched their lives. On so many metrics, Clay is a Titan, who has left theories that have influenced some of the most successful global leaders. Clay is now having his interview with God**. Clay decided he would measure his own life in that interview by the Number of People He Had Made Better People. May I be counted amongst them. Much more importantly than my own experience; on that metric, it is hard to think of many who have achieved more.

* Exceptional professors I was taught by included Rotemberg, Di Tella, Stafford & Malloy; I was also privileged to do a project with M. Porter. I appreciated and enjoyed cross-registering at HKS and Danziger and Burns there were class acts.

Ahren strongly recommends The Prosperity Paradox: How Innovation Can Lift Nations Out of Poverty by Clayton Christensen, Efosa Ojomo and Karen Dillon. 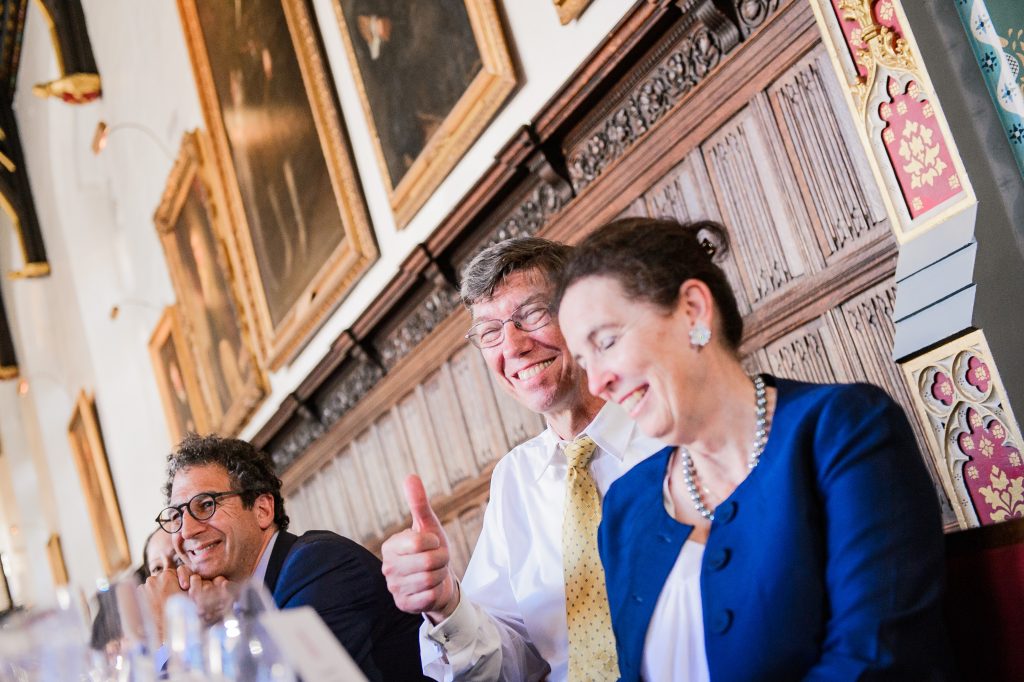 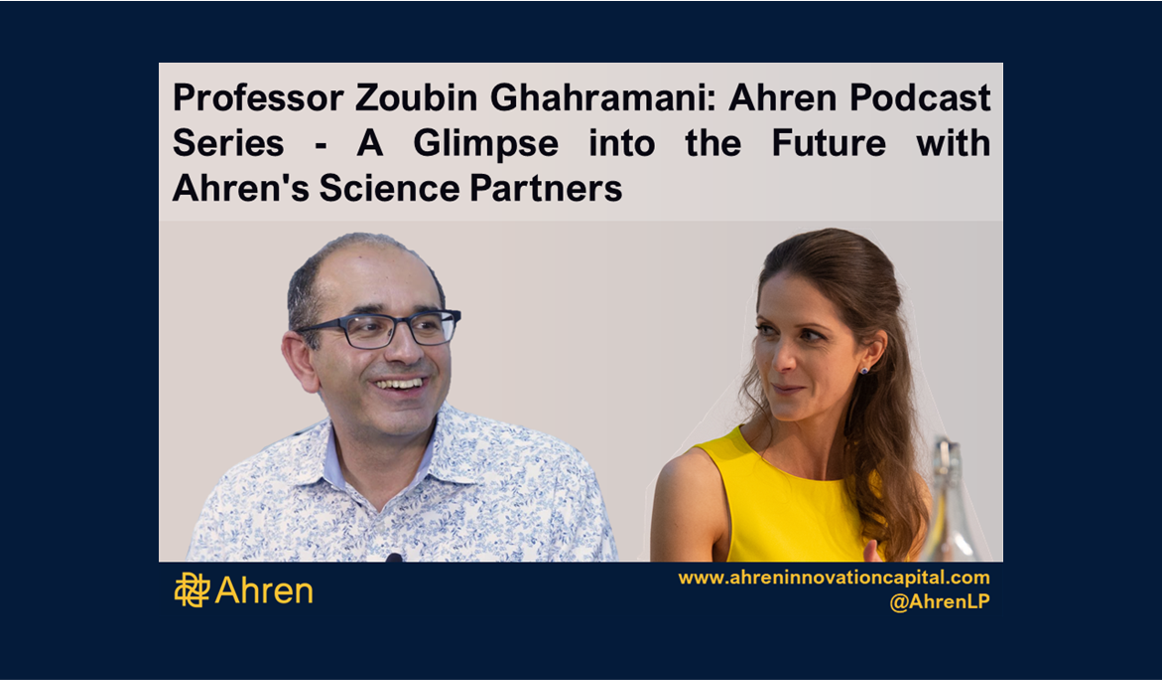 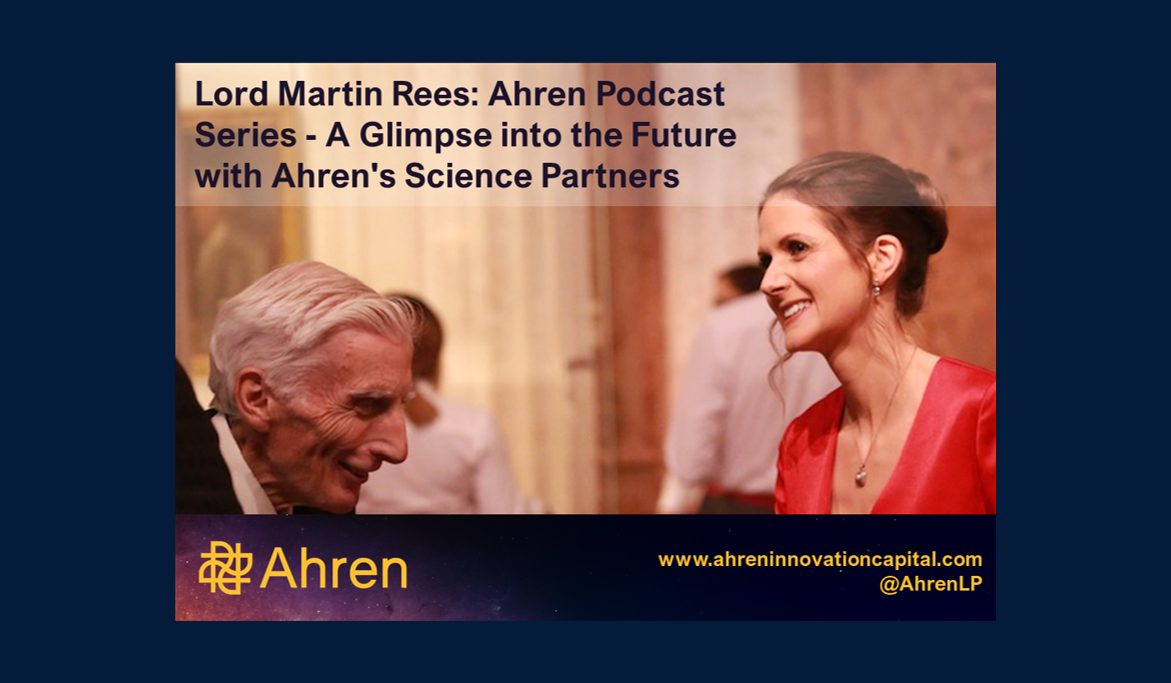 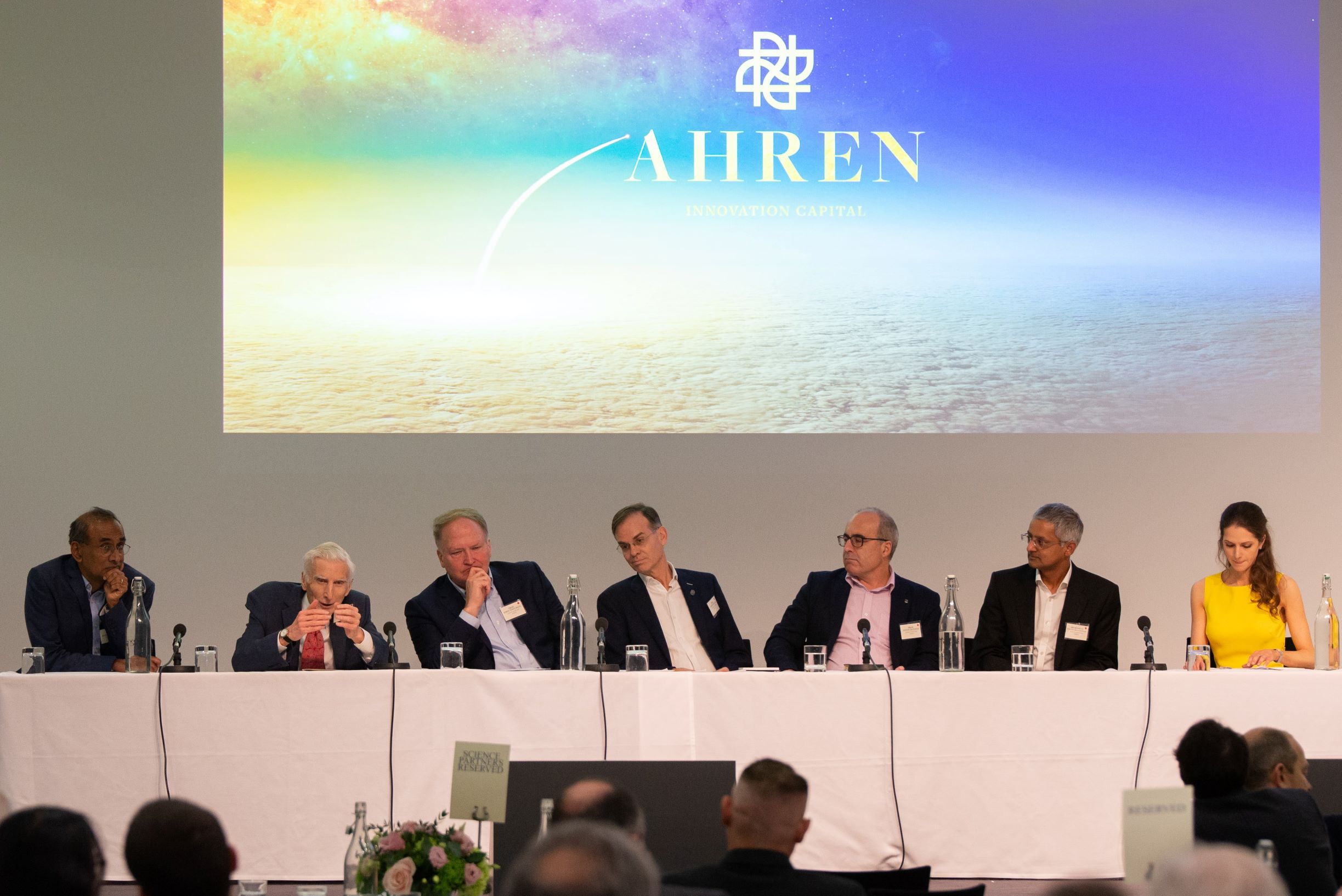 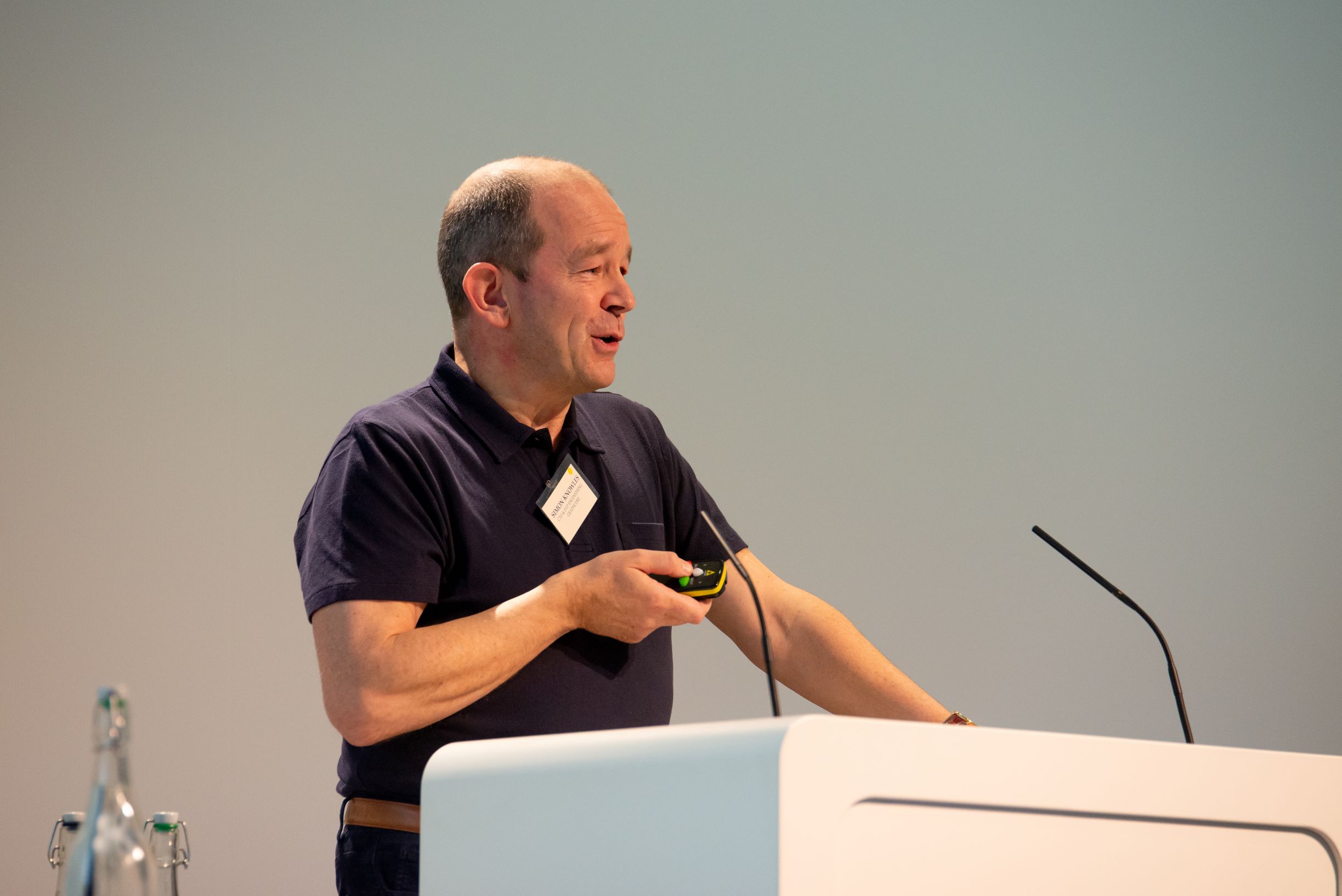 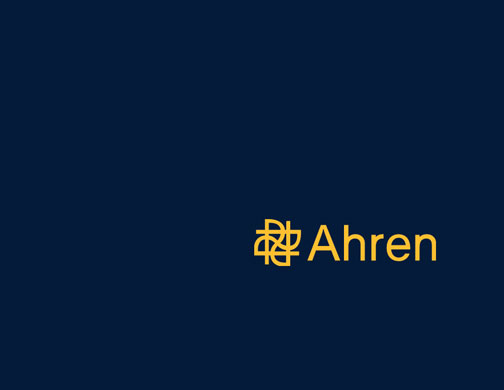